Obama’s trip to Africa: shifting to a more strategic vision 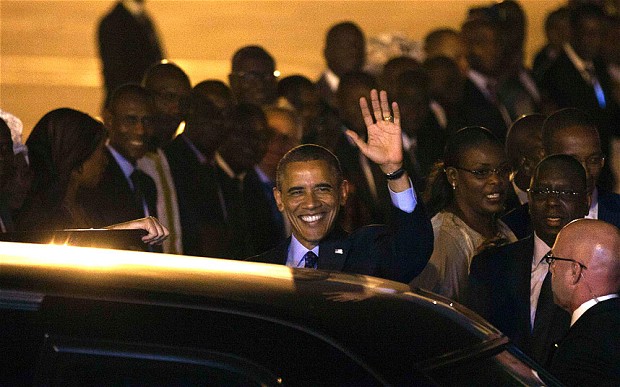 ‘Welcome home’, said South African anti-apartheid hero Desmond Tutu when greeting U.S. President Barack Obama in Cape Town last week, celebrating the president’s personal history and connection with Africa. After a very intense agenda of European meetings at the G8 in Ireland and with Angela Merkel in Germany, President Obama visited Africa from the 26th of June to the 3rd of July. He had only made short visits to Ghana and Egypt early in his first term, so this tour sought to establish his vowed commitment to the continent. Back at home, the American press placed unnecessary focus on the cost of the trip –USD 60 to 100 million, mainly connected to presidential security— and offered anecdotal coverage.

Africa is still perceived as a costly burden and a dark part of the world drowned in conflict and poverty, but Obama is trying to shift attention to economic opportunity. The shift to a more strategic, contemporary vision of Africa is still in the making in America as much as in Europe. As China has now out-invested the US in the continent, and Europe continues to be Africa’s main trade partner, the American official visit served the purpose of ‘touching base’. Members of Obama’s new foreign policy team took the trip, including former Ambassador Linda Thomas-Greenfield (expected to become Assistant Secretary of State for African Affairs) and US Trade Representative Mike Froman, together with some 100 businessmen from American companies such as General Electric, Microsoft, Coca-Cola and mining giant Caterpillar.

Obama’s high level visit focused on business prospects, democracy, and peace. In this symbolic visit, Obama’s team carefully crafted a tour of three African countries –Senegal, South Africa and Tanzania, where democratic values are upheld. This was a clear positioning vis-à-vis China, reiterated in Obama’s outspoken references to the defense and fight for freedoms and to ‘best’ business practices. European and American interests converge along these lines, so European Development Cooperation and European External Action Service policies usually contribute to a common –if somewhat improvised—Western position.

President Obama’s first stop was Senegal, a country that has witnessed exemplary democratic changes and is a driver of international institutions on the continent.  A small, francophone country, with a strong connection to the history of slavery and a complex but peaceful de-colonization, it is a symbolic partner to the United States. Senegal is also an important entry-point for security issues in West Africa, including the Sahel –it is a member of ECOWAS and participates in the operations in Mali. Moreover, Senegal itself will be a useful partner to take the temperature of a potential expansion of terrorism threats, as some have started to see signs of Islamist radicalisation in the country. Senegalese forces are regular beneficiaries of capacity building and other exercises through AFRICOM, the US combatant command responsible for operations, exercises and security cooperation in Africa. Nevertheless, though the possibility of installing a US AFRICOM base in Senegal was uncertain for some time, AFRICOM’s base is still kept in Germany. Without doubt, Senegal is also a close partner of the EU’s and notably has strategic relations with France (President Francois Hollande visited Senegal last October).

Tanzania was a surprising yet very interesting choice for a visit to East Africa, and the emphasis was on the regional potential there. In a way, it was a non-visit to Kenya –where President Uhuru Kenyatta is pending investigations by the International Criminal Court. While Kenyans typically look down on Tanzanians as backward neighbours, Tanzania illustrates the African possibilities for development and trade within a stable political environment: growth rates of 6.5-7 percent, a strategic spot on the trade routes into central African countries, and a strong tourism destination. The country is also an important expression of the cultural and social connections between Africa and the Arab-Muslim world on the one hand and the sub-Indian continent on the other hand. While Kenya and Ethiopia are stronger actors for security in East Africa, Tanzania’s historical and contemporary connection with Islam makes for a subtle security enhancer to understand and potentially deal with conflicts in Somalia and Yemen. Despite the limited Tanzanian security capabilities, President Obama’s visit was pertinent from the perspective of a more strategic and nuanced approach to ‘terrorism’ and state failure on the continent. EU relations with Tanzania regard mainly budgetary development aid, but a more strategic approach –and possibly a visit—could follow in the steps of Chinese president Xi Jing Ping (last March) and now Obama’s.

In South Africa, Obama’s visit was tainted by Nelson Mandela’s deteriorating health, which the country was following in anguish. South Africa was the most obvious choice for Obama’s trip as Africa’s largest economy and a strong regional player. It is also the only sub-Saharan country that has a Strategic Partnership with the European Union. The US is South Africa’s second main export destination (after China) and opportunities for investment were high on this visit’s agenda. More broadly, the presidential visit was interpreted as an American acknowledgment –if not full endorsement—of the country’s leadership on the continent. This was not appreciated by Nigeria, the other African giant, and by other countries that see South Africa with some aversion. For example, the lobbying for and final appointment of a South African as President of the African Union (AU) Commission (Ms.Dlamini-Zuma) was not fully welcome because it broke an unspoken commitment to allocate small countries such positions. As such, it is unlikely that despite South Africa’s requests, the US will openly offer its support for a permanent seat at the UN Security Council, as it did with India. Security discussions were left for other forums, as South Africa does not always see eye to eye with Western priorities and policies regarding, for example, Zimbabwe. Secretary of State John Kerry’s was in the African Union 50th anniversary Summit recently, but the US cooperation with the African Union could be boosted, notably regarding the African Peace and Security Architecture, where the European Union is a major contributor. Along these lines, more EU-US planned cooperation to approach the AU could make a difference –it happens already on the ground, as with the African Union’s mission in Somalia, AMISOM.

Specific proposals and enthusiastic words for the partnership

This trip was a successful diplomatic round, as President Obama was able to bring up a number of specific proposals together with the passionate remarks in his speeches. Contributions for American-funded programs on food security, on fighting HIV and on visas for African students, as well as windows of opportunity for business were made explicit. A regional investment treaty with the East Africa Community was announced as a first example of a new programme, Trade Africa. The Obama-launched 2010 Young African Leaders Initiative held a meeting at a university in South Africa, and vowed to continue to foster youth dialogues and to encourage civil society contributions to policy plans, such as constitutional reform in Zambia. Details of a programme to boost infrastructures and access to electricity (in a continent were regular access is available to 30% of the population only) were made available: it will start with six African countries and an American contribution of USD 7 billion, matched with a USD 9 billion commitment from private companies. As the Africans see the bridges, football stadiums and roads built by the Chinese, this kind of specific cooperation with the West is very much welcome as a shift from classical development aid. Many EU programmes are also achieving specific goals, but locals agree that the predictability and visibility of EU aid could be further improved.

Importantly, Obama was also able to renew hopes and share in the enthusiasm with leaders and the crowds in his diverse public addresses with an ease that is harder to craft in Europe, due to historical baggage. Reminiscent of anti-apartheid struggles and the history of overcoming slavery, he underlined ‘the power that comes from acting on our ideals’ and heartened the audiences with a responsive ‘the world will be watching your actions’. At the same time, he allowed himself some critical remarks: ‘Africa is moving, but it is not moving fast enough’. This is refreshing and pertinent in a political relationship to build up a partnership –as long as there can be dialogue and Africa can reply, in turn. President Obama seemed approachable and engaged, even if he left the details of the renegotiation of the African Growth and Opportunity Act (AGOA) pending and some of his remarks may have been subtly indecorous, for example a gay equality comment in Muslim Senegal (where homosexuality is illegal).

Obama’s agenda and speeches were in line with the US Strategy toward Sub-Saharan Africa that was issued in June 2012. He insisted that Africa could become ‘the world’s next major economic success story’, and that the fight against al-Qaeda and terrorism brought Africa and the US together. During this trip, Obama announced that African leaders will be invited for a summit in Washington next year, and promised to send high-level cabinet secretaries on trips to the continent to follow up on the initiatives discussed. As the European Union starts preparing for its own EU-Africa Summit to be held in Brussels in April 2014, this Obama trip becomes an interesting illustration of Western diplomacy and relations with Africa ‘beyond aid’. The European Union can now develop some of these points even further, as it originally seeks to consolidate its strategy of continent-to-continent relations beyond –but without excluding—the ACP framework. Obama’s trip was thus directed to the African hosts, whose expectations were very high in terms of visibility and support –but this was only part of the mission. Another important part was to show (again) and to insist on the shift to a more strategic vision of Africa, which is still needed in the West. Democracy, economic opportunity and global security are at stakehere. 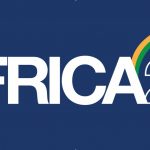 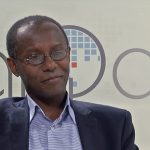