Oil spill in Nigeria : An old problem in need of a new approach 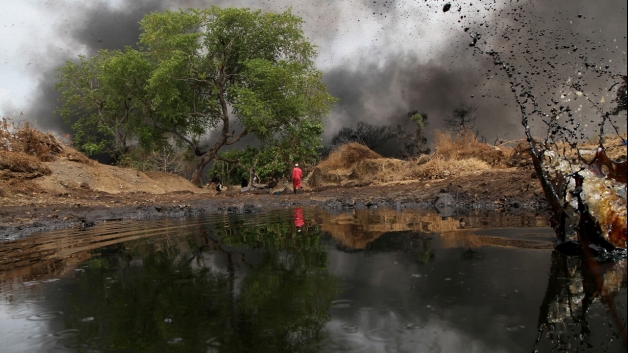 Introduction
Since the mid-1970s, Nigeria’s political fate has been inextricably linked to crude oil. The country is the largest producer in Africa and fifth supplier of oil to the United States . It is further becoming an important supplier in the global liquefied natural gas (LNG). The recent instability in world oil supplies brought about by the Arab spring, in addition to the troubles alongside Aden gulf have raised more challenges for multinational companies. As a consequence the spot light has been shifted on Nigeria and African oil in general as these countries has become more strategic to many multinational companies. For the meantime Nigerian offshore fields are less vulnerable to the terrorist attacks and armed gangs and it is closer to the United States, far from the piracy attacks.

The greater Niger Delta is the Nigerian oil belt, one of the 10 most important wetland and coastal marine ecosystems in the world and home of 31 million people. It makes up about 90 % of Nigeria’s exports, 97 % of its foreign exchange revenues and contributes 79.5 % of government revenues, 1 however, it is the least developed region in the country. Fifty years of commercial oil extraction and environmental degradation because of Oil spills, waste dumping and gas flaring, have brought human rights abuses, illegal appropriations, intense hostilities and despair to the Delta region communities. According to Amnesty International, more than 13m barrels of oil have been spilt in the delta. 2 The pollution that results has damaged land, water and air to such an extent that farming and fishing can no longer occur and more people are being pushed into poverty.

The United Nations Environment Program (UNEP) report in 2011 reported it could take between 25 to 30 years with an initial investment of $1 billion for the first five years to clean up the pollution which has been caused due to over 50 years of oil operations. The pollution effects range from the “disastrous” impact on mangrove vegetation to the contamination of wells with potentially cancer-causing chemicals in the region. 3 The assessment, carried out over a 14-month period, showed greater and deeper pollution than previously.

The UNEP experts examined more than 200 locations, surveyed 122 kilometers of pipeline rights of way, analyzed 4,000 soil and water samples, including water taken from 142 ground water monitoring wells drilled specifically for the study, and soil extracted from 780 boreholes. They reviewed more than 5,000 medical records and engaged over 23,000 people at local community meetings. 4 The results confirmed that many families in delta Niger are drinking water from wells contaminated with benzene, a known carcinogen,
at levels over 900 times above UN World Health Organization (WHO) guidelines. In addition, the area is threatened by air pollution related to oil industry operations which is affecting the quality of life of close to 1 million people. 5 Those numbers show the severity of the problem which will be examined extensively in the following sections. Furthermore the main actors and causes of oil spills, in addition to the procedures that have been undertaken to tackle with this environmental challenge will be analysed further. 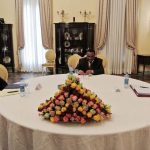