Understanding and dealing with inter-linked conflicts 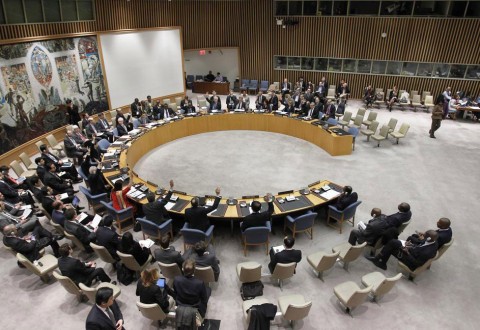 Executive Summary
Following its initial engagement in the Democratic Republic of Congo (DRC) in 1999 at the invitation of the signatories to the Lusaka Peace Accord, the UN has been actively engaged in ending the persistent conflict in the country, and has employed its traditional approach to resolving conflicts like deploying peacekeepers while trying to reform the government and security sector.

However, it seems like after overcoming one huddle, another is just around the corner. For example the elections of 2006 were hailed as a major milestone and there was hope that the remaining areas like in the east of the country would be pacified. This was not the case as in 2008 a rebellion led by Nkunda’s National Congress for the Defence of the People known as CNDP broke out and most recently remnants of the aforementioned rebel groups now known as M23 have carried out a rebellion and captured major cities like Goma.

In the interim all fingers have pointed to the regime in Kigali as the main perpetuator of conflict in DR Congo. Furthermore Steve Hege a UN expert recently (Monitor newspaper 18/12/12) accused Rwanda of using M23 rebels to break up the DR Congo state. As will be examined later the conflict for instance in DR Congo has come to have an impact on neighbours in Angola, Rwanda, Uganda, Burundi to name but a few. The persistent conflict and insecurity, in addition to the limited impact of the UN on the political process has encouraged the role of regional actors to develop a more hands on role in trying to resolve the conflict in DR Congo. The emergence of regional actors as security arbiters has been brought about by the end of the Cold War whereby the interference from superpowers has been curtailed. So this has given regional actors room to have a role in resolving conflicts in their backyards.

Coupled with that is the fact that the post Cold War conflicts in most African regions have taken on a regional dimension on proportions not witnessed since these states got independence. Therefore the dynamics of the resolution of such conflicts have proved to be of interest to the neighbouring states. Further still the regional reach of these new conflicts beckons change in the UN approach especially concerning the role of regional actors. As examined earlier, the UN has traditionally deployed peacekeeping missions which have taken on a more robust approach ever since the end of the Cold War. The UN has further tried to employ new programmes like disarmament of combatants, entrenching good governance and reforming the security sector. Although this is good it is the belief of the author that a new approach involving neighbouring states and a closer examination of the nature of the state in Africa plus exploring concepts like consociationalism can help the UN in bringing peace to regions like the Great
Lakes of Africa.